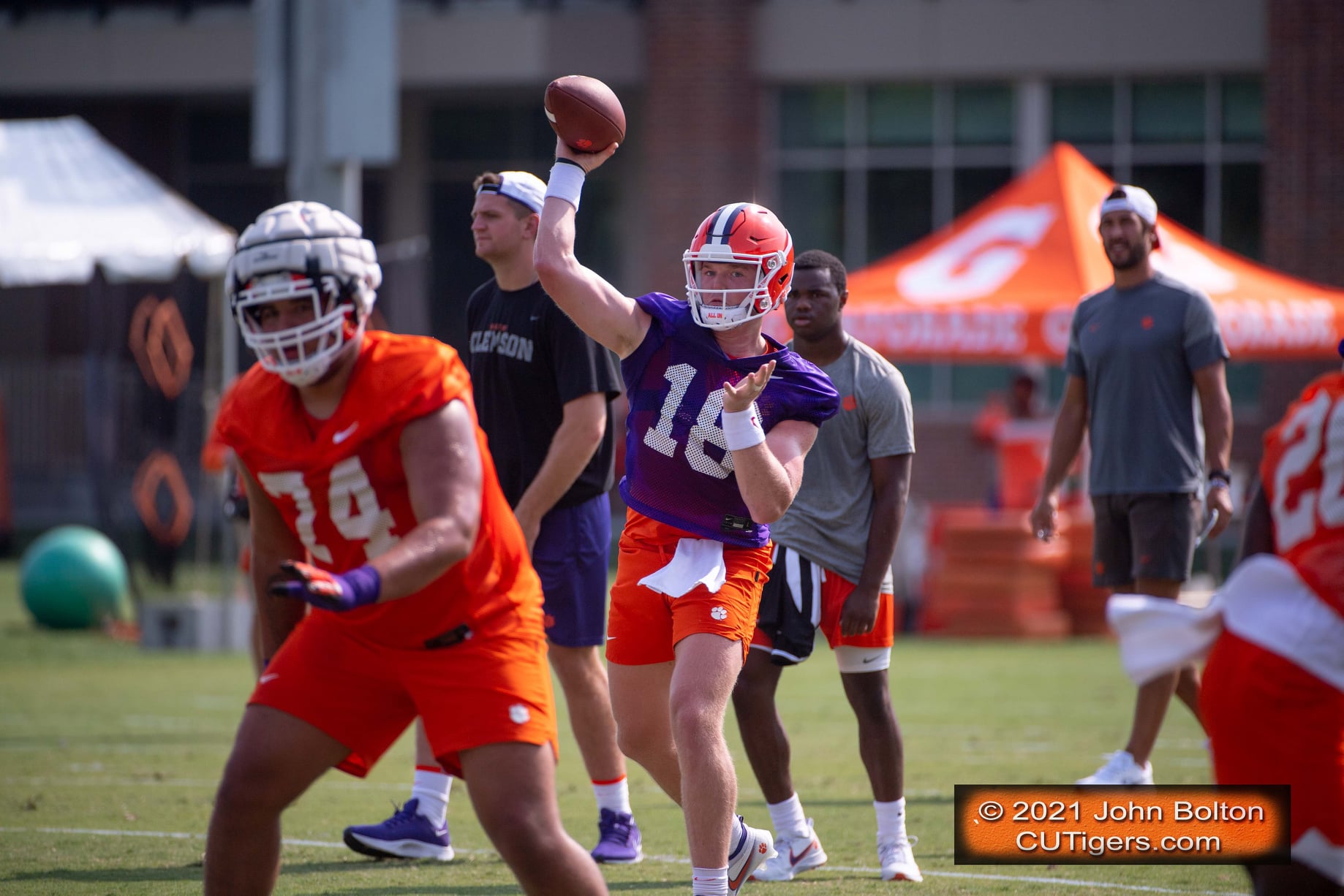 CLEMSON, SC - It was almost an inevitability that Helms would be given a scholarship. In fact, I almost had forgotten that he was still a walk-on. After all, he's currently the No.1 backup quarterback with Taisun Phommachanh still recovering from his Achilles injury. However, a source told me that Helms will be officially placed on scholarship beginning in January. Ordinarily, he'd be on scholarship immediately, but because this is such an unusual year with players receiving extra eligibility and playing a sixth year, Dabo needed to prioritize some of the older walk-ons and delay Hunter's scholarship until January. Helms has only been on the team for a year, but Dabo says that he has already developed a great knowledge and command of the offense. Last fall as a true freshman against Georgia Tech in Atlanta, Helms made history as the only walk-on quarterback to throw 2 touchdown passes in a game.
Aside from Helms (in January), TE Luke Price, WR Drew Swinney, WR Will Brown, WR Max May, OL Jacob Edwards, S Carson Donnelly and long snapper Jack Maddox were all placed on scholarship. They had some spots open up from transfers in the spring, Bubba Chandler choosing pro baseball and OL Blake Vinson retiring from playing to be on the medical staff.
"All 4th and 5th year guys that have been grinders and committed on and off the field, with academics, etc." Dabo said, "Always fun for staff and great to reward those guys when we can, even if it's just for a semester. It's a big deal and sends a great message to other guys in the program."
The first reaction of many Clemson fans is to question Dabo for awarding a scholarship to his son Drew rather than paying Drew's tuition and saving the precious scholarship for another 4-star or 5-star recruit. While I understand the rationale, in my opinion, Drew, like his big brother Will before him, has earned the scholarship with his hard work and dedication for 3 years as a walk-on. Regardless of how much money Dabo makes, Drew has rightfully earned his scholarship and deserves it according to Dabo, who is a man of principle. Those principles tell him that he shouldn't treat Will and Drew differently than his other players because they are his sons. And as a former walk-on himself, this is a subject near and dear to Dabo's heart and something he takes very seriously. Incidentally, I wouldn't be surprised if Dabo gave Will's and Drew's tuition money to charity after they were placed on scholarship. It's not about the money, folks. And for those wondering why Drew should be on scholarship before Hunter Helms, who is currently No.2 on the quarterback depth chart, Drew has been in the program 2 years longer than Helms, who will receive his scholarship in January.
Click on the link below for much more!
MORE CLEMSON FOOTBALL COVERAGE HERE