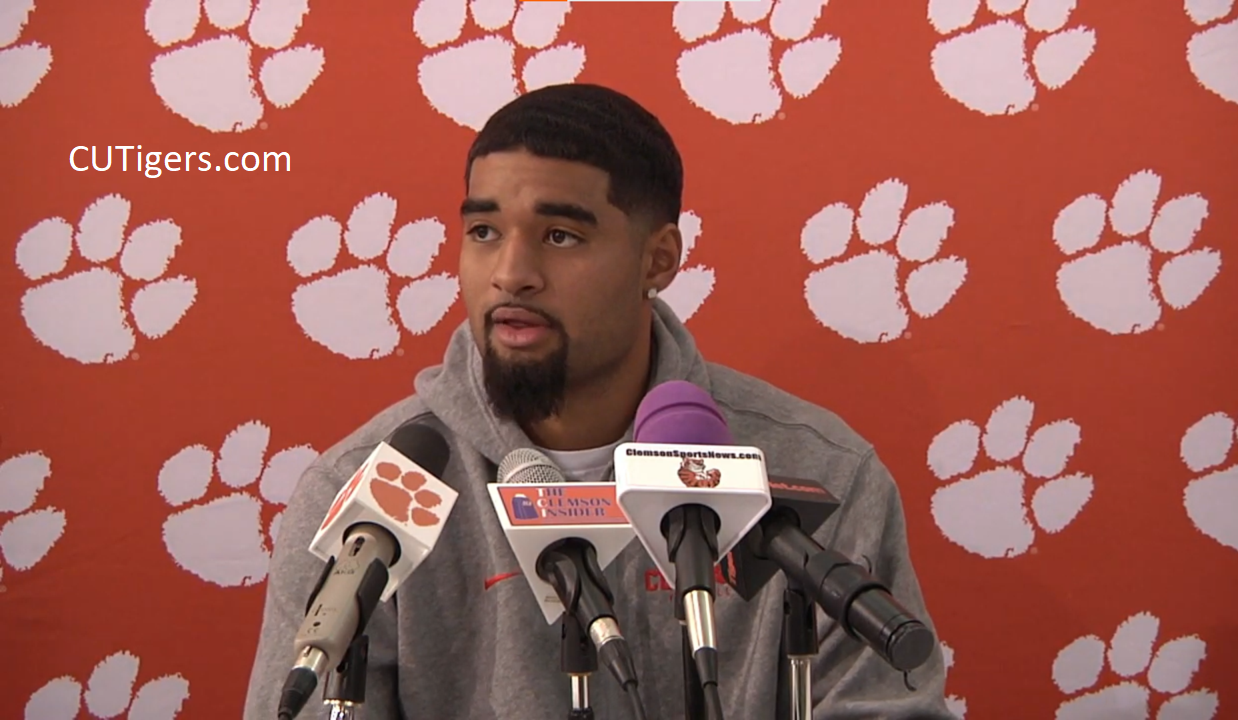 We just wrapped up with Elliott, Venables, DJ, Skalski, Mukuba and Myles Murphy. I love that Mukuba! He's a freshman, so this is the first time we've been able to talk to him, and it was a great interview. He's extremely polite and humble despite his talent. Venables said that he's constantly coming up to him and thanking him for giving him an opportunity. Lol Venables laughed, "Who does that??" I've been reporting to you all August how good Mukuba looked and that he would play a lot this season. Sure enough, with Nolan Turner out, Mukuba started on Saturday and was the first true freshman to start in an opener since 1973!
You could tell DJ was still upset with his performance, and he took full ownership of the offense's struggles, saying it wasn't the offensive line's fault but that he just had a bad game. You've gotta love his attitude and maturity. Dabo said last night that he was the first one in the building on Sunday. People will stop criticizing the offense when they score over 40 points in each of their next few games.
The full interviews are below!
MORE CLEMSON FOOTBALL COVERAGE HERE