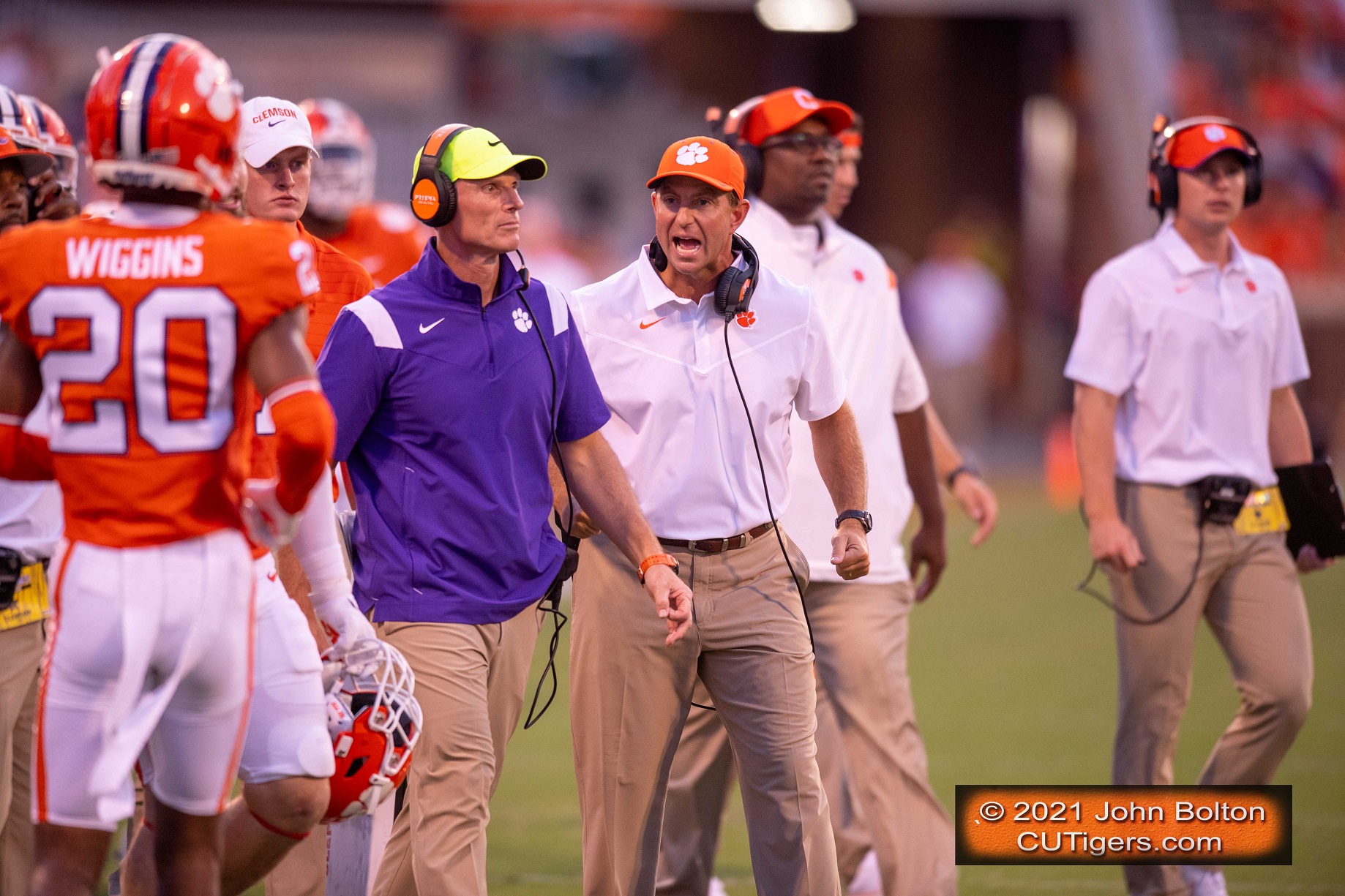 We just wrapped up our Sunday Zoom call with Dabo. The good news is Shipley did NOT tear his ACL and will only miss 2-3 weeks! The bad news is that Bresee DID tear his ACL and will miss the season. The Tigers are now without both starting DT's for next 6-7 weeks, and they were thinner there than end to begin with. They played Justin Foster inside a little last night, and they will continue to rotate him inside and outside at least until they get Davis back.
I also asked Dabo if he would reconsider his policy on not accepting transfers. The Tigers have had 3 backs transfer out in the past year, and Mellusi is now starting at Wisconsin. Sure enough, Shipley gets injured. They had 2 veteran backup defensive tackles, Pinckney and Jordan Williams, transfer out, and now they've lost their two starters to injury. Dabo pointed out that even after the transfers, they had their requisite numbers at each position, but one of the running backs is a former walk-on, and Dukes was MIA in camp. It's obviously too late to do anything about it this season, but I am hopeful Dabo will look harder at the transfer portal in the future and see that it is too big of a resource not to use, when every other program, including Alabama, Georgia, Ohio State and Oklahoma, are using it big-time. Bama has had the No.1 recruiting class for the last 10 years, and even they have a starting WR from Ohio State and their best linebacker is a transfer from Tennessee. Ohio State got Fields. LSU got Burrow. Oklahoma got two Heisman winners and a Heisman Finalist that were all transfers. Georgia filled huge holes in the off-season, including taking Kendrick from Clemson. On and on and on....Being the only program not to use the transfer portal is like taking away scholarships or only taking 4-star players and no 5-stars. It is a huge self-inflicted handicap, and I think Dabo is starting to realize that. I understand why he wants all of his players to come in as freshmen and learn the culture, but the rules have changed, and that policy is now a big disadvantage. From the way Dabo sounded tonight, I think he will eventually see the wisdom in using the transfer portal as a resource. And I'm only talking about a player here or there, when they have a need and there is a player with great talent and character that fits the Clemson mold. Hopefully Dabo will start this spring!
Dabo's words were very inspiring tonight. Those of you who are frustrated or flipping out because the Tigers have lost 2 games in the regular season for the first time since 2014 and are probably out of the playoff race should give it a listen! Remember, they coincidentally started the 2014 season with a loss at UGA and an overtime loss at FSU to start 1-2, and they had bad luck with injuries that season as well, with Watson tearing his ACL. However, they finished strong with a 40-6 bowl win over Oklahoma and then went on a 6-year run that was unprecedented in college football! The full audio is below.
MORE CLEMSON FOOTBALL COVERAGE HERE