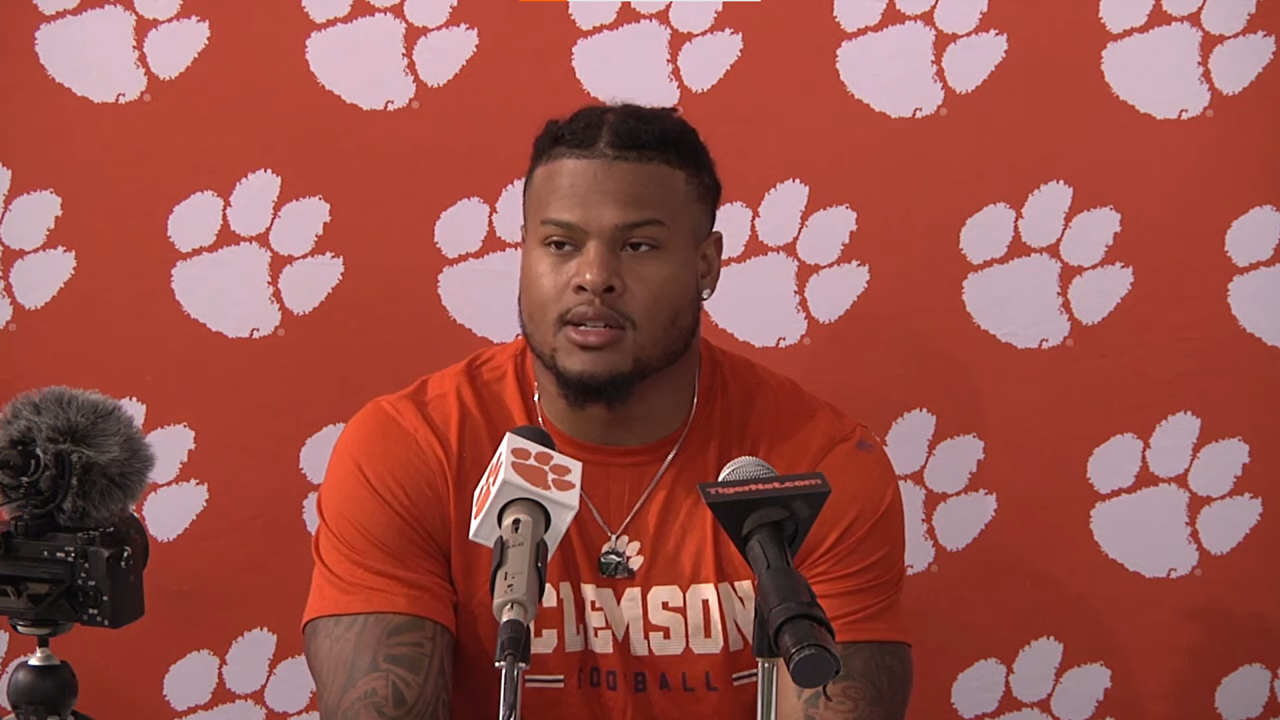 The Tigers have a bye this week, so we will only get players today with coordinator interviews resuming next week. Today, we spoke with DE Xavier Thomas, S Nolan Turner, CB Andrew Booth, RB Kobe Pace, RB Phil Mafah, C Hunter Rayburn and BT Potter, who was 4-4 on field goals Saturday night after just 2 attempts coming into the game. Kobe Pace was named ACC RB of the Week after his career night. With Will Shipley out, the sophomore stepped up with 125 yards and the Tigers' only touchdown on 6.6 yards per carry. Freshman Phil Mafah was also outstanding in his first significant action. He averaged 8.3 yards per carry. Hunter Rayburn got his first start at center, with Dabo moving Bockhorst back to his natural guard position. Dabo told me Rayburn graded very well and that he was extremely pleased with his performance. Nolan Turner recorded his first interception of the season and was named MVP on Saturday, so he got to wear the leather helmet after the game. Great to have him back after missing the first few games!
Xavier Thomas is one of the big stories of the season so far. I talked about him and asked Dabo about him all through the spring and August camp because I had a feeling that this would be a big year for him. He had a miserable 2020, contracting COVID, which exacerbated his asthma, and he was out of shape and overweight the entire season. Yet he still recorded 3.5 sacks and a forced fumble in just 119 snaps! He was the most productive player on the defense on a play-for-play basis, even out of shape and fighting COVID. He became distraught last season, and he tweeted after the game Saturday night that he came close to giving up football. Thomas came to Clemson ranked by some as the No.1 player in the nation. He was a Freshman All-American in 2018 but never seemed to really put it all together and develop into the player everyone expected. Well, the light has seemed to finally come on for him. Dabo said he finally made a decision to be great and committed to transforming himself physically. XT is in the best shape he's ever been and playing incredibly fast. He seems unblockable at times, and that was evident against BC. He was all over the backfield all night on Saturday. It's so much fun to see him reaching his potential, and by the end of the season, he will have made millions of dollars for himself in the NFL.
All of those interviews are below! We'll also have our normal Sunday evening Zoom call with Dabo later today to review Saturday's win. I'll have the audio posted right here, so stay tuned!
MORE CLEMSON FOOTBALL COVERAGE HERE