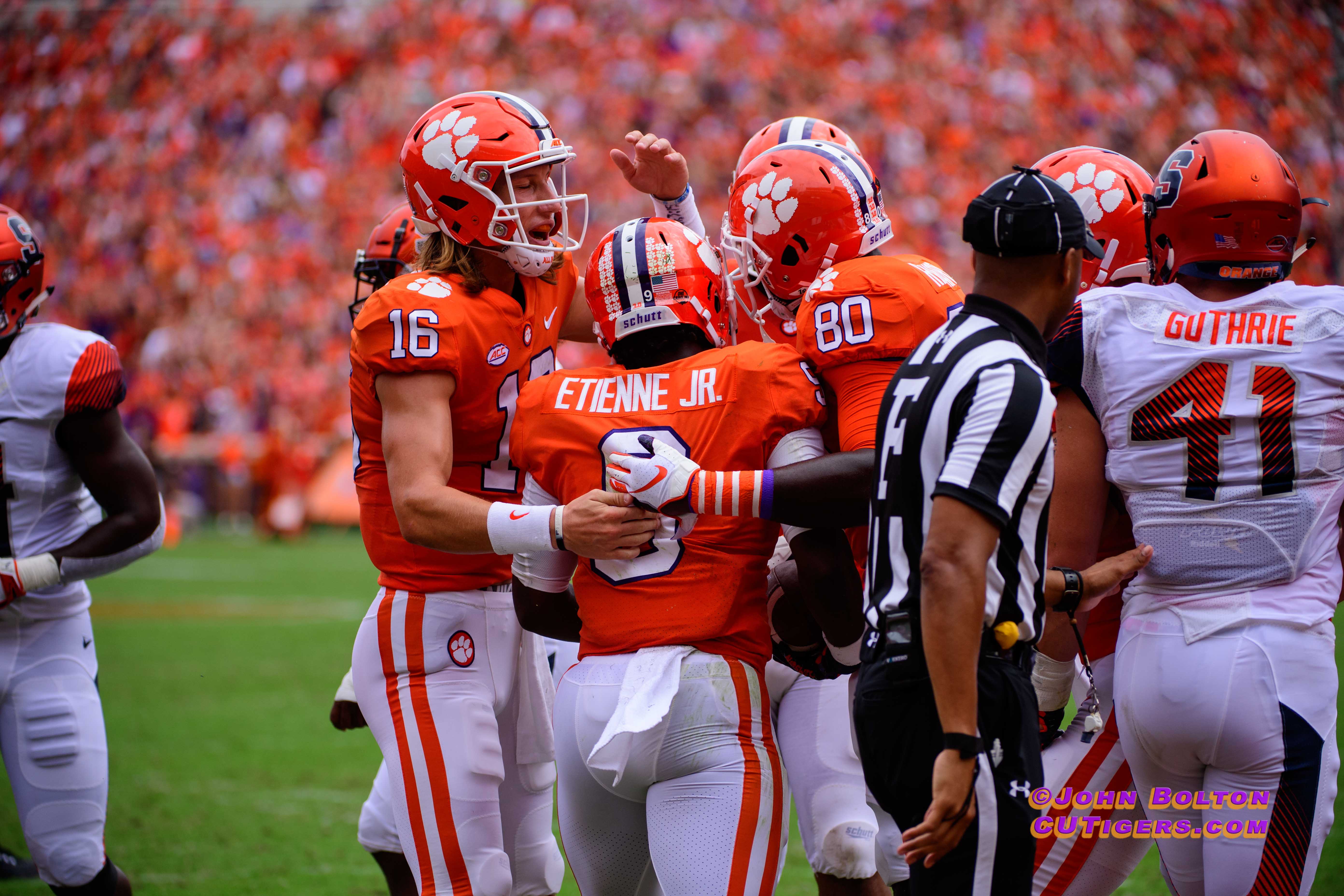 The ACC named Dabo Swinney Coach of the Year and Trevor Lawrence Rookie of the Year on Tuesday. It was the second time Dabo has won the award and the first time since 2015. Trevor Lawrence was ACC Rookie of the Week four times this season. In addition, Travis Etienne was named ACC Offensive and Overall Player of the Year, while Clelin Ferrell won the Defensive Player of the Year Award. It marks the first time a school has won all five awards since Florida State in 1997.
The Tigers also had 18 players make All-ACC this week, representing 22.2% of the selections from the 14-team league. That is indicative of the dominance No.2 Clemson has enjoyed this season over the rest of the ACC. If the Tigers beat Pitt on Saturday night, it will be an unprecedented fourth straight outright ACC Title, and the Tigers will have won their last meeting against every team in the ACC. They would also join Florida as the only Power Five programs to win four consecutive conference championship games.
We will have coverage of the ACC Championship Coaches Press Conference for you live from Charlotte on Friday afternoon, followed by the team stadium walk-through, and be sure to check in for my weekly game preview and prediction, What We Are Hearing on Friday morning!
MONDAY COACH AND PLAYER INTERVIEWS
TUESDAY DABO PC AND PLAYER INTERVIEWS